Sign Up For TACC News!
For Email Marketing you can trust.

Strings of The Philadelphia Orchestra at The Sembrich 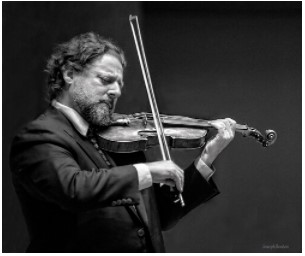 “The Philadelphia sound” is a phrase coined some years ago to describe the beautiful tone and lush playing of The Philadelphia Orchestra string section.  We’re pleased to welcome Sembrich Board member, violinist Philip Kates, and his colleagues from that acclaimed string section for this concert of reimagined musical masterworks.

The program begins with highlights from J.S. Bach’s Goldberg Variations, a selection of four of the thirty keyboard variations in an arrangement for string trio---then continues with the featured work of the evening, a transcription for string quintet of Beethoven’s Piano Sonata, Op. 101 crafted by violinist Paul Arnold, an arrangement singled out and presented as the intermission feature in a nationally broadcast program hosted by conductor Christoph Eschenbach.

The first portion of the program closes with a performance of Angelus! Prayer to the Guardian Angels by Franz Liszt.  This luminous work, composed in 1877, was dedicated to Daniela von Bülow, Liszt's granddaughter, first daughter of Hans von Bülow and Cosima Liszt.  Composed originally for both melodeon and piano, the work is presented here as arranged for string quintet.

We set the scene for Part Two of the program with a brief arrangement for string trio of the Largo from Dvorak’s New World Symphony, a musical preview of how, in later years, the composer would find inspiration in the strains of American folk music.

Then we step back and settle in for a full performance of Dvorak’s String Quintet, Op. 77 in E-flat Major, composed in 1875, a period when the composer began fully to embrace and incorporate his Bohemian heritage into his musical style.  As musicologist Barbara Leish writes: “This high-spirited early Quintet for String Quartet and Bass offers a delightful look at a gifted composer who has found his voice – that distinctive combination of Classical form and Bohemian folk elements that makes Dvořák’s music instantly recognizable.”